Don’t forget! Canberra Drink and Draw will be held this Sunday at 1pm.

ComicGong is over for another year!

Held in the Wollongong Town Hall each year, ComicGong is a free-entry, kid-friendly, one-day con.

ACT Comic Meet had a table with members’ books, prints, pins, and badges. (We also gave away blank comic books to kids – we have to encourage future Australian comics creators, right!)

This year, the table had comics, pins, prints and charms by Gavin, Alice, and EmmJ, as well as anthologies and collaborative art books by ACT Comic Meet – anthologies that Comic Meet members contributed to – including (silver Ledger Award winning) ‘Neither Here Nor Hair’.

I always enjoy the con itself; and afterwards the catch-up with other comics-folk from interstate. 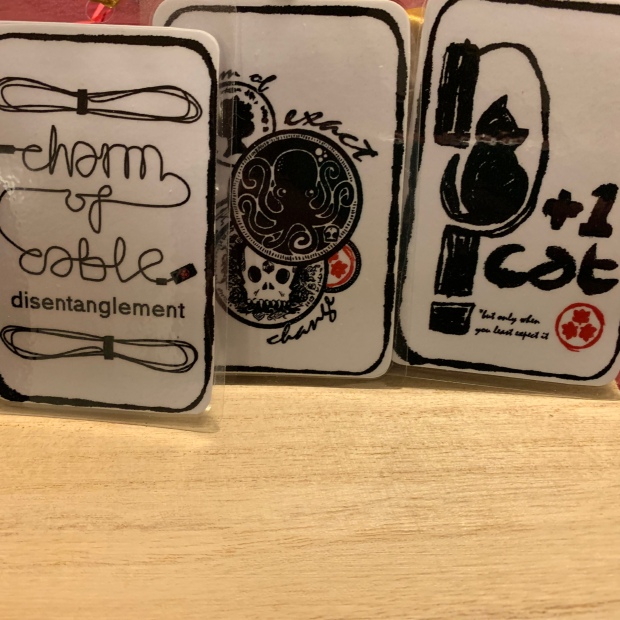 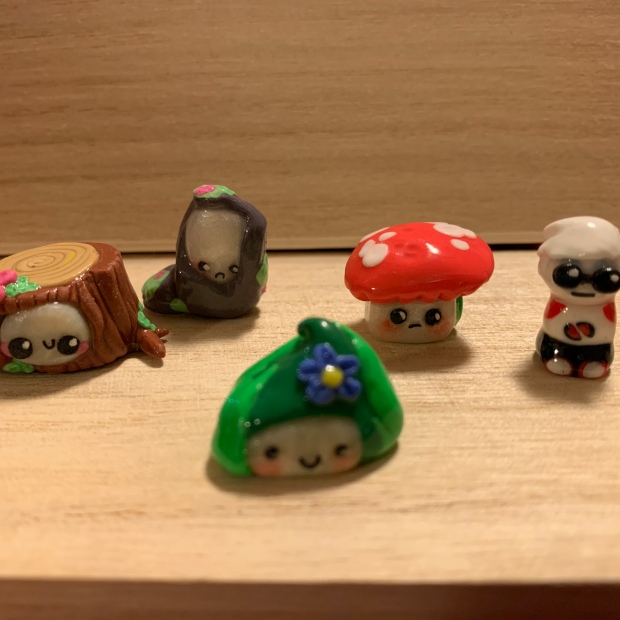 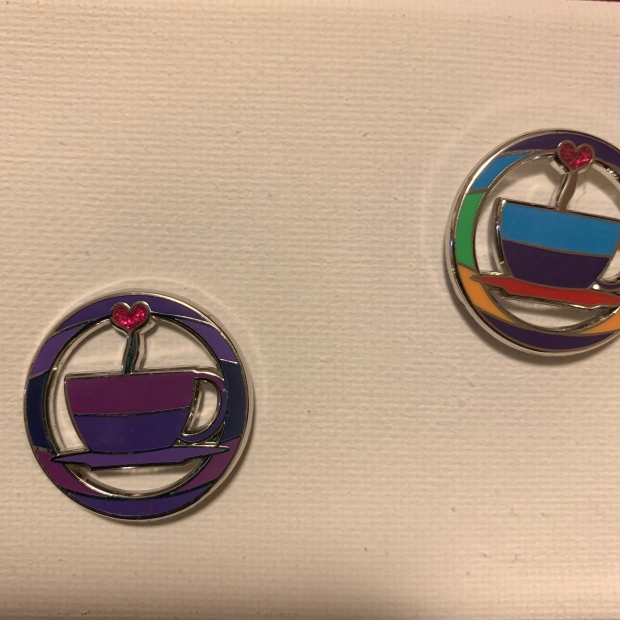 When I found out that the Australian Comic Arts Festival was going to be held in Canberra on 20-21 February, I was (more than a little bit) pleased and surprised.

Rumours of the festival have been circulating for months, and the ‘expressions of interest’ mailing list has been rather quiet; but when I logged into the ACAF website today, there were more details about all the Saturday workshops, as well as artist alley table prices and Sunday market day general admission prices.

The way the festival works is this:
On Saturday, workshops will be held on topics ranging from design and print production, colour, panel composition, libraries, and retail.
– you just need to book through the site and pay for the workshops you attend.
Most of the workshops are $30, though some are cheaper, and there is one free workshop.

On Sunday, the festival will become a ‘Market Day’ from 10am-4pm, with a traditional ‘Artists Alley’.
General Admission is $15/adult: Buy tickets here.
Artist Alley tables are $50 (including admission for two): Details and booking details here.

Sadly, details about some of the workshop topics have not been updated yet (but I’m sure they will go up soon).

Lastly, ACAF is hosting a Networking Drinks and Book Launch. At the time of writing this post, there are not yet any details about which book/s will be lauched, so keep checking the ACAF site for updates.

For years we have met at the Wig and Pen – it’s quiet, cool, clean, has a good selection of beverages, easy to find, and big enough for a few of us or dozens of us to show up without needing to RSVP every time. (Also, the staff don’t get mad if not everyone is buying drinks every time!)

But for better or worse, the Wig and Pen is moving to its new venue at ANU’s Llewellyn Hall. They’ve closed their doors, and construction (of the bar and the microbrewery) is in progress – updates will be on their Facebook page when a firm timeline is available.

So where do displaced comic fans go when their pub closes? More specifically, where do we go that ticks all the boxes?

The first month we realised that we were without venue, there were four of us who trudged up and down, trying to find somewhere for a beer, a cup of tea, a drink of water. Nothing nearby was open. Ben suggested hotel hotel, and at 3pm, we were lucky enough to get a table for four in the popular (crowded) Monster.

We planned to go back the following month – and we did – but no tables were available, and we couldn’t even tell the waitstaff how many people we would need to seat. So we walked down the steps to the almost completely empty Max Brenner.

The airconditioning was on, the ice-cream was cold, and there was plenty of room to spread out and catch up.

Is it an ideal spot for drink-and-draws? Perhaps, perhaps not. But rather than change venues every month, we’re going to hunker down and wait out the time until the new Grand (re-)Opening of the Wig and Pen.

After all, they previously (boldly) estimated it would only take a few weeks…

Max Brenner New Action – Nishi is located across from the Palace Electric Cinemas, and downstairs from Monster. There lots of parking options nearby, or New Acton is a short walk from city bus stops.

With only 12 hours to go until OtakuFest ACT, let me tell you a bit about ACT Comic Meet’s most recent project…

You know – we’ve all been offered creative work, and when the subject of payment is raised we are assured that it is an opportunity of a lifetime and they won’t offend us by offering us mere money. The exposure this gig will generate will be more than enough to compensate us for hours (sometimes weeks or months) of our time. And maybe this is true! (And… maybe it is not.)

The comic anthology has been out for a little while, and I haven’t put any previews up online… until now. Here is EmmJ’s two-page story in full. 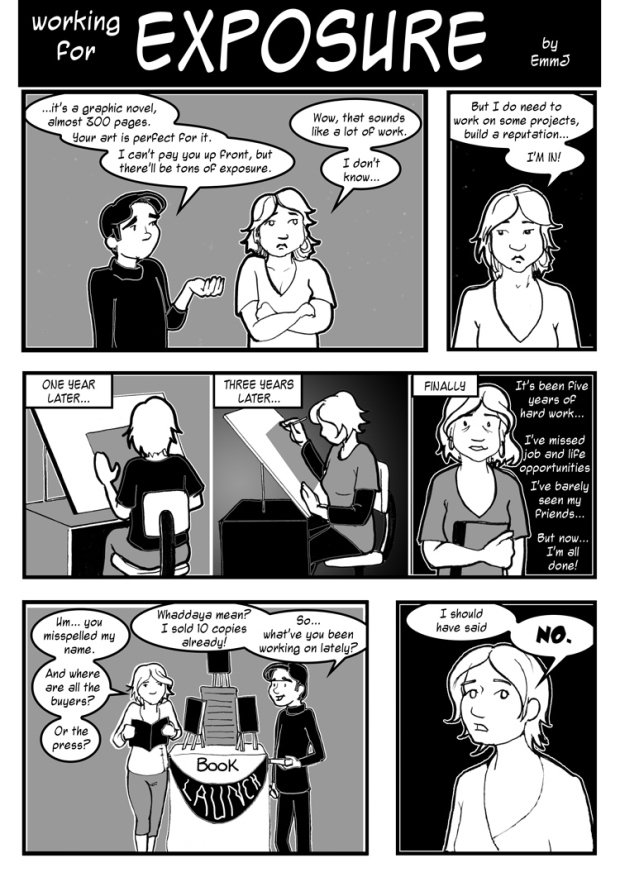 There are eleven more stories in the anthology, and there is a beautiful cover by the amazingly talented Katie Winchester, and it is available for $4 – tomorrow at Otakufest, or online at our etsy store.

We will have a table in Artists Alley at OtakuFest, a free, outdoor con in Civic (Canberra city centre)!

OtakuFest is really simple, head down to Garema Place in costume, meet some friends and maybe win some some sweet prizes supplied by MADMAN or grab some manga or anime on sale at IMPACT!

2014 is IMPACT COMICS’ 10th birthday so we thought we’d make OtakuFest even bigger!

Want to get involved? Want to help staff the table on the day? Want to sell your work on the table*? Contact EmmJ at actcomicmeet@gmail.com

* We have some (limited) space on the table for people who are/have been involved in ACT Comic Meet anthologies and projects, and for Meetup attendees. If this is not you, you may still be able to book your own table on the Impact Comics website.

I picked Exposure Anthology up from the printers, so I can now reveal the cover and the lineup!

This book is now up on our Etsy store, and we’ll have a stack at ComicGong this weekend.

(There are tentative plans to have a fancy launch – let us know if you’d be interested in coming!)

The cover (which I nicknamed the ‘Vitruvian Life Model’) is by Katie Winchester.

The amazing Spæ has a project that you should be a part of.
C’mon. You basically have to draw ONE panel by Wednesday. You own all the rights, AND it’s for a great cause. (A charity AND making social comment using passive resistance through art. Awesome, huh.)

Go forth and make art.
🙂

The due date for final submissions remains 5 April 2014, however…

To assist us in planning for this anthology, if you are considering or planning to make a submission, please email act.comic.meet@gmail.com by 1 March 2014.

The submissions, sketches and scripts we have seen so far for this project have made us excited, and we’d love to know what you’re considering submitting.

ALSO (bonus!)…
If we receive your full submission by 1 March 2014, we would love to include it in our EXPOSURE (TEASE) collection – a limited release comic/zine which will be available only at the Canberra Zine Emporium/You Are Here zine fair in Canberra on 23 March 2014.

ACT Comic Meet will be taking part in the 2014 You Are Here festival, and there are a couple of ways for you to get involved!

(Please contact act.comic.meet@gmail.com for more details or to register your interest.)

1. Art Workshop
On 23 March 2014, Sam Cavanagh will be running a half-hour workshop on drawing comics from a script, particularly focusing on layouts and thumbnails. In the workshop, participants will work on laying out and thumbnailing a one-page script.
We are currently looking for:

All the images (and the script) produced for this project will be compiled into a book and made available online. All artists and writers will be acknowledged as the creators of their work and we will provide links to your portfolio site/comics.

2. Process videos
We are looking for comics creators who would like to produce a 2-3 minute youtube video about their creative process, which will be made available throughout the You Are Here festival and promoted to the festival’s online audience. Videos can be about any part of your creative comic-making process (but must be family-friendly, so please wear pants or don’t film below the waist).

If you do not want to produce a video on your own, but would like to be involved, let us know and we’ll happily put you to work on a group project!

The You Are Here festival is a community event, and is unable to offer remuneration for your participation. However, they have kindly provided us with a table to sell your merchandise and are happy for us to promote our individual/group projects at workshops and in our videos.

In previous years, the average attendance at workshops across the week was 70 people; and their website received thousands of views from around the world each day.

If you have any questions, or if you would like to register your interest, please contact act.comic.meet@gmail.com.

Exposure - available now from Etsy, or at Cons and Zine Fairs! Beginnings Anthology - Sold Out

The Day I Destroyed the World - four copies left!